Netflix is the new norm in the industry. Unlike the cable TV networks, and other streaming options available in the market, Netflix offers a wide range of genres with outstanding picture quality.

On top of that, you need to only pay a monthly subscription fee to enjoy all the content.

Things start getting frustrating when all of your fellows are enjoying netflix on their TV, and you are still stuck with old-fashioned cable TV.

But wait, what if you do not have Netflix on your non-smart ?

The good news here is that you can still watch netflix on your non-smart TV.

In this blogpost, we will show you how you can get Netflix on your non-smart TV.

7 Different Ways for Watching Netflix on Your Non-Smart TV

Well, there are a bunch of methods, and tricks that you can use to watch Netflix. However, we will only show you the most cost efficient, and effective ways to view netflix content on your non-smart TV.

Google Chromecast is a device that allows you to mirror your mobile phone, and laptop directly onto the big-screen. The installation of this device is also super-easy and straightforward.

Moreover, it also has a very competitive price, that makes it a lucrative choice for people seeking an affordable solution.

The installation and setup process of the Chromecast is also super-easy and straightforward.

Roku is another outstanding option that you can use to get Netflix on your non-smart TV. In fact, it’s one of the most popular streaming options available right now.

With the choice of over 3000 streaming channels, and the built-in Netflix application, you always have something to watch.

In addition to Netflix, it also supports HBO, Amazon Prime, and Youtube to name a few.

Setting-up the Rokuis not as simple as the Chromecast, still it’s a no-brainer. It easily connects to the home WIFI network.

Also, there are some models that support the ethernet cable (to avoid buffering).

Amazon’s Fire Stick is another option that you have got to enjoy Netflix on your non-smart TV. In addition to Netflix, it comes with a wide range of apps like Youtube, Amazon Prime etc.

Also, Amazon Fire Stick comes with a remote that has a voice command feature.

With the Alexa voice command feature, you can swiftly shift the streaming channel, even without touching the remote.

If you are an avid Apple user, and stuck in the Apple EcoSystem, then this streaming device might be the best option for your needs, as it works seamlessly with the IOS devices.

For other users it might not be the most lucrative choice, but for the IOS and Mac users, it’s perhaps the best fit.

If you are not willing to spend any money on a streaming device, and have a Blu-ray player or gaming console laying around, there is great news for you.

You can use this gaming console or Blu-ray player to stream your favorite Netflix content quite easily.

For the Blu-ray players, there are varying manufacturers, and different OS, you will have to figure out the Netflix access by following the instructions of the manufacturer, usually they have put these instructions on their website.

And, we will discuss how you can access Netflix through different gaming consoles right here.

You can also use your laptop to watch Netflix shows on TV. All you need is an active internet connection, and an HDMI cable.

Casting your Netflix screen on the TV is also very simple and straightforward.

Last but not the least, you can also stream Netflix shows directly from your mobile phone using Mobile Jack-HDMI cable.

Streaming Netflix from your phone may not be the most convenient option, but it is surely the most affordable option on our list, as you would only require an extra cable, and nothing else.

No doubt, Netflix is one of the most popular streaming networks on the face of the planet. Netflix provides you unlimited content with a one time monthly subscription fee.

However, you cannot watch Netflix on the older non-smart TVs directly.

In this blogpost, we showed you how you can watch your favorite Netflix content, right on the big-screen.

If you are having a hard-time watching Netflix, tell us in the comments below.

We would love to figure out the problems for you.

How to connect phone to TV without WiFi?

How to connect laptop to smart tv wireless [Wireless & Wired]

Can TV Damage Your Eyes?

How to Turn on Bluetooth on Hisense Smart TV?

How to Connect iPad to Your TV [4 Methods]

How to Connect Mobile Phone to the TV [4 Ways]

How To Connect Phone to TV Using Bluetooth?

How to Connect WII To TV With HDMI? Step By Step Guide

How to connect phone to TV without WiFi? 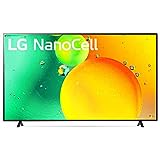 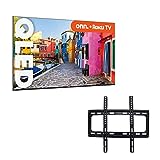 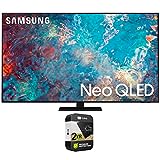 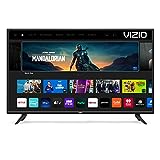 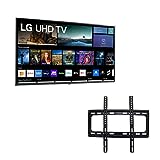